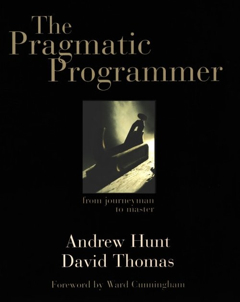 The Pragmatic Programmer is widely considered as one of the most important books for developers. Even though it was written over 10 years ago, it holds up extremely well over time because it focuses less of specific technologies and more on solid methodologies and fundamental skills.

For a new developer, this book is a whirlwind tour that — in a manageable 250 pages — covers everything from getting the most out of your development tools to software design principles to career development and how to work in a team environment. 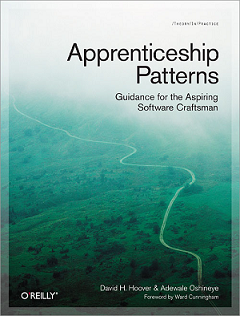 Following the Pattern Language format, this book focuses on the journey from beginner developer to journeyman to master and introduces the concept of Software Craftsmanship. I was a little worried that the authors were stalking me because so many of the “Context” sections captured exactly with how I felt during my first six months as a professional developer.

This book is less popular than others, but it has been the most impactful book I’ve found for starting a career in software. There is so much fantastic advice in this book that it deserves to be more known. 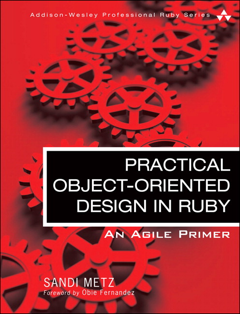 Don’t let the in Ruby part of the title scare you off if you are in a .NET shop — there is plenty of general purpose advice for designing software that is a joy to work with and easy to modify. Metz has a very friendly writing style and this book explains concepts with an ease that is lacking in other books on the subject of design (I’m looking at you Gang of Four…).

This book is a great introduction to some more advanced design concepts — dependency injection, Tell Don’t Ask, role behavior, object composition — that doesn’t feel overwhelming. A new developer won’t pick up and master every concept the first time, but it is good to get exposure as early as possible.